Murder and Machinery: An Interview with Danielle Birch 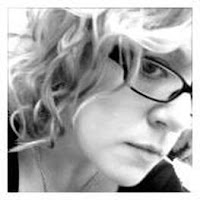 Danielle Birch's "Leonora" is just one of the mad mechanical tales featured in Murder and Machinery. Out April the 3rd. Kindle pre-orders available now.

I love to collect antique dolls and while I adore my growing collection, most of my family and friends find them creepy. My husband and I like anything vintage and eclectic and spend a lot of time searching through garage sales, op shops, and antique shops for just the right piece. I have worked in law (my day job) for the past 18 years and it has provided much inspiration for some of my stories.

I love a challenge, so the chance to write something with a hint of a steampunk theme was fun to explore.

Though I am a huge fan of horror, I find some machines and robots terrifying, most especially the fighting machines in War of the Worlds.

The first draft flows quickly (but filled with many lumps) onto paper. Then I slowly weave the plot and play with words through several edits until I’m relatively happy with it.

When I start, I have a rough plot in my head along with the characters and their backgrounds. Quite often, the ending doesn’t come to me until I’m about half-way through writing the story.

A novel – a modern tragedy.

Murder and Machinery: An Interview with Karen Bayly 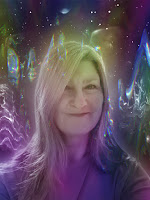 Karen Bayly's "Foul Beasts" is just one of the mad mechanical tales featured in Murder and Machinery. Out April the 3rd. Kindle pre-orders available now.

I have Welsh and German ancestry. I have a PhD in Ethology (the study of animal behaviour). I used to act and get paid for it.

We like to think we are masters of the machines we create. Playing with the idea of a machine taking over or someone hijacking a machine for a nefarious purpose is always fun.

The Corporate Machine. Not a mechanical monster, but a monster nonetheless. I’m also skeptical about making androids too human. It feels like birthing a slave race. Humans are quite frightening biological machines.

Mortal Engines—I love that cities can be machines that devour other city machines. I’m also ridiculously fond of HAL 9000. It gets a bad rap in the movie.

Tedious, meticulous, and often mind-numbing. The latter probably explains why I often miss things. I do the standard developmental, line, and copy edits. I read it aloud. For longer pieces, I enlist beta readers. Yet still errors slip through. Aargh!

I create a rough plan which gives me a few plot points as guideposts to a destination. I may even get detailed about certain parts. Then I start writing and any detail usually goes out the door. Planned plot points evolve and new ones emerge. I guess it is a bit like building a trellis for a plant to climb—you create a framework, plant the seeds, and guide the growth so that you end up with a healthy plant that reaches upward and outwards instead of crawling on the ground.

I’m editing my YA fantasy, tentatively titled “The Witch Who Wasn’t” and writing a dystopian novella about an assassin and the Corporate Machine who owns her.

Murder and Machinery: An Interview with Michael Picco 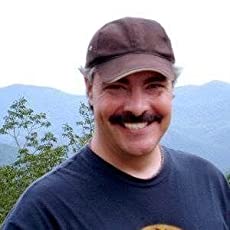 Michael Picco's tale "The Wheel" is just one of the mad mechanical tales featured in Murder and Machinery. Out April the 3rd. Kindle pre-orders available now.

1. I am a germaphobe. The COVID-19 pandemic has only exacerbated this neurotic and annoying behaviour. (Editor’s note: smart man)

2. I like to eat my pancakes from the inside out. That way, there’s always a tiny pool of syrup to dip my pancakes into without them getting all soggy. It’s a mouth feel thing. Don’t judge me. (Editor’s note: smart man again)

3. I used to be an avid spelunker. Too many injuries prevent me from doing that now though, I am sad to say. I actually got stuck in a cave once and I am still trying to work that awful experience into a narrative. (Editor’s note: hmm…not so smart man)

The increasingly short-circuiting, gear-slipping clockworks between my ears. Stupid brain… (Editor’s note: keep it well-oiled with whisky…NB. I’m neither a doctor nor a mechanic.)

I love Tim Curran’s work! He’s a great new voice in the genre! John Skipp and Craig Spector remain two of my absolute favourites in the field and have been a HUGE influence on my work. I also enjoy Erinn Kemper’s work (and wish that I wrote more like her).

Burning Chrome, by William Gibson; The Karma Machine, by Michael Davidson, Fred Saberhagen’s The Berserker War Series and, as unpopular as this book may be: Tommyknockers, by Stephen King.

Oh, you mean besides a lot of drinking, swearing and slamming my face onto the keyboard? (Editor just burst out laughing…spraying expensive scotch over cheap laptop) Chuckle… I usually roll my edits as I am composing. The previous day’s work gets at least two rounds of edits before the whole story gets edited.

My process is fairly organic. Usually this method results in a LOT of rewrites, but seems to yield the best results for me.

I just released my second collection of short stories (Corpse Honey, A Banquet of Gruesome Tales), so I am taking a little bit of a break from writing and focusing on promotion instead. I hope to start work on The Lost City of Brass (the long-awaited sequel to Fraser, The Disappearance of Michael Pitts) this summer.