Subtropical Suspense in the Queensland Capital

Brisbane Times has just published an article on Subtropical Suspense. Since the anthology was released on the 19th of July, Black Beacon Books has been receiving a great deal of interest from local media - 4ZZZ radio, The Courier-Mail, West End Magazine, and Brisbane Times. We would like to thank them all for their support.

If you haven't yet read Subtropical Suspense, you really are missing out. Brisbane residents can purchase the anthology at Black Cat Books, Pulp Fiction, or Riverbend Books. Those of you who are further afield can order it from our online store. Click HERE for more details. 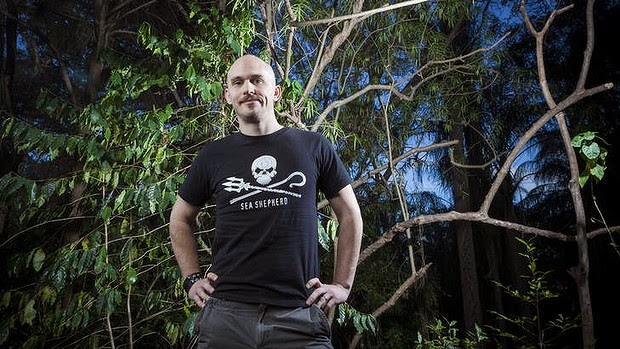 Posted by Cameron Trost at 03:59 No comments:

Subtropical Suspense has been creating panic in the streets of Brisbane since it was released at Black Cat Books, Paddington, just over two weeks ago. Copies are disappearing from bookshop shelves faster than a murderer can toss a bloody dagger down a storm water drain. The anthology is now available at three independent Brisbane bookshops; Black Cat Books in Paddington, Pulp Fiction on Adelaide Street, and Riverbend Books in Bulimba. Those living further afield have the option of ordering it directly from our online store.

We have received support from many suspicious types locally, nationally, and internationally. In particular, our thanks goes out to Tom Snowdon for his article in The Courier-Mail (5/8/2014) in which he explains how Subtropical Suspense reveals Brisbane's "dark heart", Nix Fullmoon of 4ZzZ radio's The Witching Hour, which is broadcast Saturdays from 10pm to midnight on 102.1 FM, and Brisbane author and screenwriter, Stephen M. Irwin for this review:


"In the anthology, Subtropical Suspense, editor Cameron Trost has brought
together a dark pantry of crime stories and mysteries, and cooked up a
gumbo rich and spicy enough to befit any of the world’s sultry cities… but
these happen to be set in Brisbane.
Sixteen short stories take the reader from Morningside to Indooroopilly, from
Hamilton to Acacia Ridge. There is baking sun and flooding rains, police
procedurals and criminal capers, murderous mermaids and poison pens...
Some stories hit their notes more cleanly than others, but all give a ripple of
pleasure to the reader who knows Brisbane – or wants to know it – and who
has wondered why stories of murder, malice, and magic couldn’t be set here.
And of course, they should be: Brisbane’s shadows are as dark and good to
hide in as any in the world – and Subtropical Suspense revels in this."

Below: a picture of Tom Snowdon's article in The Courier-Mail: 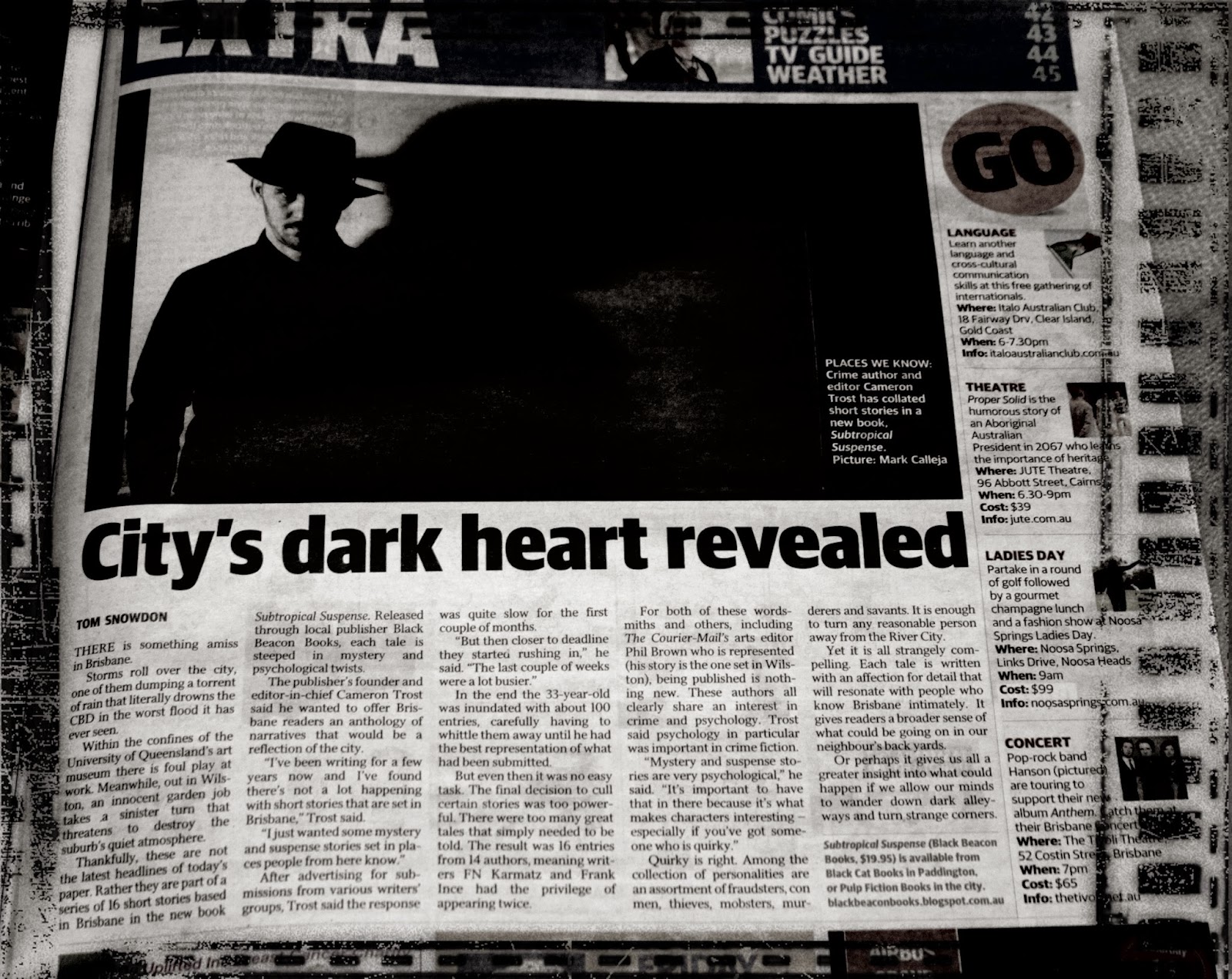 Posted by Cameron Trost at 05:15 No comments: