Greg Chapman's debut collection, "Vaudeville and Other Nightmares", was released last weekend and is already receiving rave reviews. You can buy your copy now for just $12.50 (USD) plus postage and handling from our online store.

As Halloween draws ever closer, we'll be holding giveaways of Greg's other books and artwork through the Facebook event page, and if you happen to call Rockhampton in Australia home, you'll be able to meet Greg for a Halloween graveyard tour... if you dare! You can get in touch with him via his website, Greg Chapman: Dark Scribe. 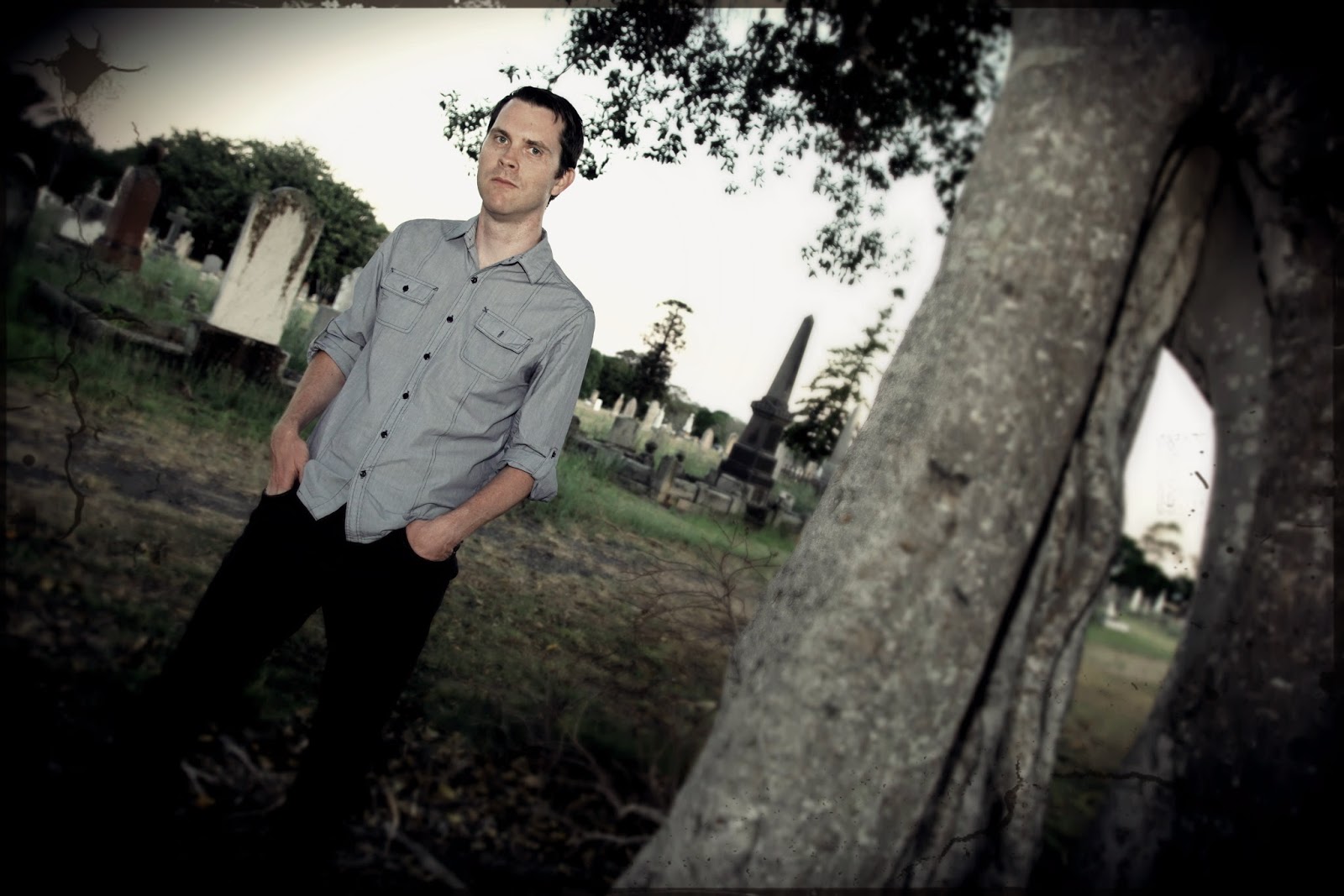 An Interview with Greg Chapman

Greg Chapman's debut short story collection, "Vaudeville and Other Nightmares", will be released by Black Beacon Books next weekend. We've asked him to answer a few questions about what inspires and motivates him to write.

1. Several tales in Vaudeville and Other Nightmares have a historical or mythological setting. The title story takes place in the south of the United States and explores the history of the American Civil War. The last tale in the collection, Codex Musaicum, plunges the reader into a very important moment in history too, this time in Vienna. Tell us about which historical eras pique your curiosity and ignite your imagination and why?

I’ve always had a fascination for the dark ages (naturally), but strangely enough, I’m yet to set a story in that era. The obvious overtones of superstition and persecution are ripe for the picking though, aren’t they? Ancient history, and particularly the different cultures and mythologies of early civilisation interest me as well. Back then people truly believed in the impossible; monsters and heroes and gods and that’s fodder for any storyteller! My tale Chthonic in Vaudeville and Other Nightmares, is a sort of modern-day rehash of the quests of Greek myth.

2. Talking about different settings, how about writing locations. Imagine you could spend a month writing fulltime and with an unlimited budget anywhere in the world! Where would you go and what routine would you follow?
If I had the cash, I’d write a book in every great library in the world. Libraries like Trinity College in Ireland, or the Abbey Library of St. Gallen in Switzerland. I know that sounds corny, but I find libraries to be extremely calming; sometimes I just walk around inside them to de-stress. By their very nature, libraries are like peaceful temples and I’ve written many tales in my local library. At the very least I’d have a great opportunity to travel the world. As for routine, I’d probably sit near a window so I could take in the view (if need be), with my i-pod in.

3. Your love of Edgar Allan Poe's work is evident in many of the stories in the collection. How did this love affair start and why is Poe's work so special to you?
I first came across Poe about 15 years ago while at university. His tale The Fall of the House of Usher was tucked away inside a Literary theory textbook. I was instantly drawn into his words, his morbid descriptions and how he saw beauty in death. When I looked into his life and saw how melancholy he was, but how he used that to hone his writings, he became my all-time favourite. My story Patrick Oswald Edwards is my tribute to him.

4. Do any of the tales in your collection give you, the author, nightmares? Which do you think is the scariest?
One particular character more than any particular story; Meknok, the primary antagonist of Codex Musaicum, the tie-in story to my novella The Noctuary, is probably my most disturbing invention. He came to mind when I asked myself where my ideas come from. I enjoy creating nasty creatures, but my aim is to make them memorable – make them become nightmares.

5. Have you received feedback from your readers? What is the most touching message you have had from a fan? How can people get in touch with you?
I’ve had a few readers tell me they couldn’t sleep after reading one of my stories and I consider that a win. It would be great to hear from readers, either via my email – midnighttheatre@hotmail.com or via my website – www.darkscrybe.com

6. Tell us about what you are working on at the moment.
I’ve just started the first draft of a novel, tentatively titled “Kemper House”. It’s a haunted house tale, but it focuses on the neighbours, the house putting out an evil vibe on the rest of the street.  I still haven’t decided whether I’ll ever go inside the house. Time will tell ;)
Posted by Cameron Trost at 06:01