Murder and Machinery: An Interview with Kurt Newton 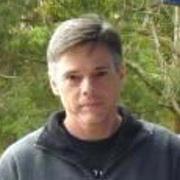 Kurt Newton's "The Wedge" is just one of the mad mechanical tales featured in Murder and Machinery.

1. I went to school to become an engineer and came out discovering I was a writer.

2. My current job of over twenty years is in the field of Health Physics. In other words, I work with radiation.

3. I’m nearing retirement age and have a six-year-old who’s better at Mario Kart than I am. I hear “I beat you Dada” in my dreams. The kid will one day be the death of me.

The inner workings of machines have always fascinated me. As a kid, I used to take things apart just to see how they worked. The same applies to people, except it’s psychological. As a writer, I try to get at the heart of the invisible machine inside us all.

A kitchen sink garbage disposal. It’s even got lips. It’s gross. And scary.

Three of the best short story collections (that happen to be predominately horror-based) are Ray Bradbury’s The October Country, Stephen King’s Night Shift and Dennis Etchinson’s The Dark Country. If I taught a course on the great American short story, I’d definitely put these on the reading list.

When I was kid, watching the movie The Time Machine with Rod Taylor and the Morlocks was mind-altering. Another was the Twilight Zone episode A Kind of Stopwatch with Burgess Meredith.

I hardly ever have enough time to write a complete story in a single sitting (flash being the exception). Most times, I write then I print what I have so far. The next time pick it up, I edit that then write some more, print, edit, write, etc. until it’s done. Then I print the whole thing and set it aside. It could be weeks or months before I revisit the story with “fresh” eyes.

Writing is visual for me, so I can usually envision what the story will look like--the setting, the mood—even before I start. Then it’s just a matter of transcribing those visuals onto paper. For longer stories, I sketch out just enough actions or scenes to keep the story interesting. I find that if I think through too much, I tend to lose interest in the story because, in my head, it’s already written.

In my early days of writing, I created an alternate future world that I’ve revisited several times. There’s a novel in-progress and several other related projects of interconnected stories. At the moment, I’m working to finish a novella I began many years ago called House of Giants, House of Ghosts that takes place in the same world.