Our next submissions window will be for "The Black Beacon Book of Horror".
The submissions window will be from the 1st of January to the 28th of February, 2023.
Patreon patrons are invited to submit effective immediately.
Oh, the horror! But what kind of horror do we want?
We want your very best horror stories in keeping with the themes and styles that make Black Beacon Books stand out from the pack. If you don't know what that means, you probably haven't read any of our previous titles...we strongly suggest you do so. In short, our passion is for great plots, evocative settings, suspense and atmosphere, and clever twists. We want that creeping feeling of unease that grows to a spine-chilling climax. In terms of horror subgenres, these are what are most likely to tickle our fancies:
- Folk Horror (Black Beacon Books is based in Brittany and your editor loves all things Celtic and mystical, so folk horror from all around the world is likely to attract his attention)
- Psychological Horror (We are the monsters)
- Gothic Horror (Can you channel Shelley, Poe, Stoker, Gaskell or Le Fanu?)
- Weird Fiction / Lovecraftian (But it had better be original)
- Post-Apocalyptic (Make us fear the future)
We regularly post news on our Facebook page. You can also get a feel for what we like by buying our previously published titles. Publishing quality fiction is an expensive passion, so the more we sell, the more we can publish. It's that simple. Our cherished Patreon patrons also provide us with the means to keep producing quality books.

Posted by Cameron Trost at 02:31 No comments:

Cover Reveal: Tales from the Ruins

You've been so wonderfully patient, and for that we thank you! But the wait is now over...

Black Beacon Books is proud to present the cover art for Tales from the Ruins, our next anthology and our first specifically post-apocalyptic one. It will be released late February next year, and as always, we'll be setting up a Facebook launch page and you'll be able to pre-order the anthology at a bargain price. For now, however, let's take a moment to appreciate the formidable cover. We hope you're as thrilled as we are! Don't hesitate to send a message of congratulations to the darkly delightful, Greg Chapman. 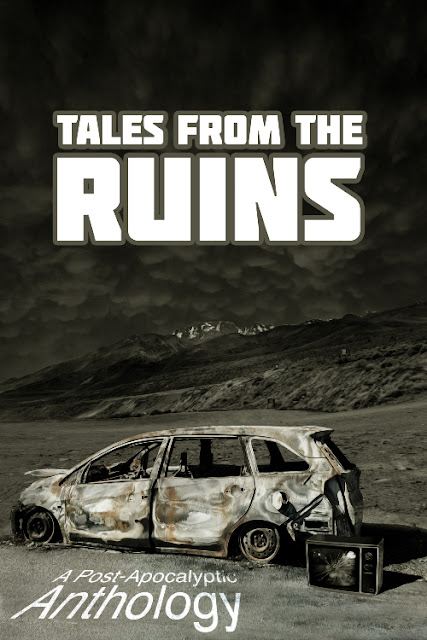 Posted by Cameron Trost at 04:00 No comments:

Black Beacon Books has an ever-growing presence on social media. You can find all the links to our various pages right here: https://linktr.ee/blackbeaconbooks Take a minute to have a look and add us on your favourite platforms.

Tales from the Ruins: Our Post-Apocalyptic Authors

Black Beacon Books is proud to announce the table of contents for Tales from the Ruins, our post-apocalyptic anthology set to be released next February. Please note that the order of appearance is not necessarily final. This is going be a wild ride through ruined cities and landscapes with a host of hardy characters struggling to survive after the apocalypse.

The cover art will be supplied by the darkly delightful, Greg Chapman...but we're going to tease you a little longer!

An Interlude in the English Civil War - David Turnbull

End of the Line - Louise Zedda-Sampson

The Death of a Raccoon - Adam Breckenridge

Darkness at the Edge of Men - Stuart Olver

Posted by Cameron Trost at 10:12 No comments:

An Interview with Mark Blackham

Hi Mark, thanks for agreeing to be interviewed. Let’s get started!

The first question is inevitable...which Hitchcock film is your personal favourite, and why? 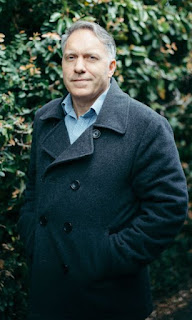 Rear Window. The story bangs together the emotional distance of close quarters apartment living, with our curiosity in the messy lives of others. These messy lives we watch are contrasted with the stable intimacy of James Stewart and Grace Kelly. The tension and frustration is almost unbearable in the final moments, when Kelly is discovered in the apartment of the murder suspect – and all we can do, along with Stewart, is watch.

Which actor or actress do you think was the best he worked with?

I’m not clever enough in my movie watching to always differentiate between actors I enjoy and those that are good. I like the on-screen presence of Cary Grant and James Stewart because they make a lot out of the small stuff of behaviour. Similarly, Doris Day portrayed the courage of everyday people in extraordinary circumstances.

There’s a quirkiness to his presentation of twisty stories that lives well out of the time they were made in. In some cases it’s the extraordinarily small canvas that human relationships like Rope and Lifeboat, and even Vertigo at its most tense. In others, it’s the insightful portrayal of ordinary people and relationships when responding to extraordinary challenges, such as North by Northwest or The Man who Knew Too Much.

Ridley Scott for the physical dirt, sweat and grit he found in the real-life future of Alien and Blade Runner. Terry Gilliam for conceiving and presenting a future of inanity in Brazil. John Huston for his early flamboyant and rebellious film noir.

I absolutely hate the thought of being watched; I would prefer to go moldy in my own home than live in a retirement village, and I give a joyous finger to security cameras. So I wrote a murder mystery about these things, inspired by Rear Window.

2)      I boxed competitively in midlife and now referee amateur boxing.

3)      I founded the world’s first natural burials organisation outside of the United Kingdom.

A novel about a jaded music journalist who finds love where it was all along, a short story about the person who writes the last words of humanity, and a novella about a teenager who saves the coddling of the Western world with the aid of an old computer.

I’m at www.markblackham.com and my alter ego is at www.carlingtonblack.com

Posted by Cameron Trost at 10:30 No comments:

An Interview with H.K. Stubbs

Hi Helen, thanks for agreeing to be interviewed. Let’s get started! 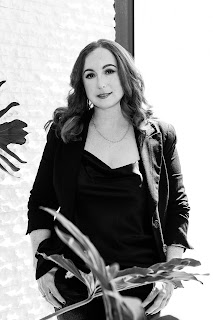 My favourite Hitchcock film is North by Northwest, for all the twists and turns, the on-the-edge-of-my-seat confusion, and humour, as I tried to work out what was going on and marvelled at the storytelling, trusting that it would all make sense in the end. It’s a very immersive film. I really empathise with Roger Thornhill because Cary Grant plays the role superbly. Grant is definitely one of the best, there’s something special about him.

What is it about Hitchcock’s films that makes them so timeless, or is it just the opposite, that the appeal lies in that bygone era?

I think they’re timeless in that they’re well-written, powerfully executed and styled, but also, there’s something about that era which is captivating. There was a chance of getting away with things. Communication was more restricted (no mobile phones) and there was less surveillance. It makes it more exciting; there were knowledge gaps, and there was a better chance of getting away with crimes!

I struggle to pick favourites, but I’m going to say Sophia Coppola for Marie Antoinette, it’s a very fun film with gorgeous sets, wardrobe, and cake.

I wanted a heroine in an occupation often taken for granted and underestimated; I wanted mystery, confusion, murder; I wanted the big American house, the noir feel, some super-feminine women. Shiny hair, fine coats, guns. I wanted adventure!

I’d love to get one of my novels into a publishable shape one day. I live with my partner, two kids, a French Bulldog, a cat, a quail, and some fish. Birds, lizards, and green frogs live in our yard. I recently escaped on a three-night rock-climbing trip to the Blue Mountains and am pretty sure I brought Covid home with me. The climbing was great, as was catching up with a school friend and seeing the Harbour Bridge and the Opera House for the first time in a while.

Entertainment and a page-turning good time. A story to remember. I definitely write with my reader in mind. I don’t want to bore them.

Why, this interview, of course! Oh, you meant more generally…well I’m editing my climbing fantasy novel, called Starstone, or maybe Starcrags. It’s an adventure story aimed at adults/young adults. A bit of romance. A quest. A lot of climbing.

Posted by Cameron Trost at 04:11 No comments:

Tales from the Ruins: The Line-up

Here's an earth-shattering newsflash if ever there was one! Ready, set, go...

Black Beacon Books is proud to announce the table of contents for Tales from the Ruins, an anthology of post-apocalyptic fiction. You're going to lose yourselves in this literary wasteland...hmm, does that sound right? We mean that in a catastrophically good way.

So, without further ado...

The Aftermath - Claire Davon
Hell Takes All Prisoners - Karen Bayly
Chasing the White Limousine - Kurt Newton
An Interlude in the English Civil War - David Turnbull
Kissidougou Christmas - Michael Picco
The Fields - Mark Towse
Cast Upon the Water - Joseph S. Walker
Help, Scotland - Malcolm Timperley
The Deep End - Cameron Trost
End of the Line - Louise Zedda Sampson
The Death of a Raccoon - Adam Breckenridge
Darkness at the Edge of Men - Stuart Olver
Sailors' Delight - Claire Fitzpatrick
Homecoming - L.P. Ring
Please note that the order is not necessarily final.
As for the release date, you're going to have to stay tuned, but early 2023 is the aim...if the apocalypse doesn't hit first.
Posted by Cameron Trost at 13:46 No comments: