An Interview with Andy Rausch

Hi Andy, thanks for agreeing to be interviewed. Let’s get started! 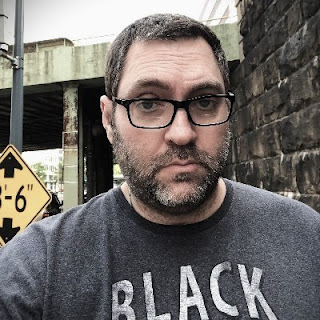 I hate to give such an obvious answer, but Psycho is my favorite Hitchcock film. Rear Window is probably my second fave. But I love Psycho. My favorite thing about Psycho is that the film switches POV midway through. That would be interesting enough, but the fact that the new POV is the killer of our original protagonist is pretty amazing. I have long considered trying that in a novel myself, but I'm not sure it would work. That it works in Psycho seems like one of those one-in-a-million things. Also, the audience members were pretty much stuck and invested by the middle of the movie, whereas they could just decide to DNF the book.

I think the appeal, for me, is that Hitchcock was a first-rate director who generally worked with quality screenwriters and performers. He also had a keen eye for a good twist, and generally chose solid scripts and source material. I'm also a big fan of the TV series, Alfred Hitchcock Presents. Although Hitchcock was mostly dead when I was a child (he died when I was seven), there were still records with Hitchcock narrating scary stories on them available at our public library. There were also anthologies of short stories bearing the man's name, as well as a Hardy Boys-like mystery book series called Alfred Hitchcock and the Three Investigators that I liked quite a bit. So, for better or worse, I have always been a fan of Hitch's work.

My favorite director is Quentin Tarantino. I have written three books about him (two published, a third forthcoming). I realize Tarantino has his detractors, but I don't care. Other people's opinions have nothing to do with my enjoyment for, and appreciation of, his work.

The story was inspired by Hitchcock's film, Lifeboat. I tried to come up with a story that was, on the surface, very different from the film but still maintained the film's essence and the core of what I felt made it work. I'm also a crime writer, so I thought, I want to make this a crime story. I thought hard about it for a couple of weeks before I finally came up with a combination that intrigued me and I thought would work.

1. I had a heart transplant in 2019.
2. I've interviewed more than 500 celebrities, including Quentin Tarantino, Ian McKellen, and Ethan Hawke.
3. I once spent the night in an adult film actress's home, which, weirdly enough, had originally been built for Clark Gable. (Nothing steamy happened, by the way. I was a guest there in a journalistic capacity.)

I want the reader to be entertained. I also want to keep them on their toes, where they aren't sure what's going to happen next.

I'm working on several projects, including a sequel to my novel, Layla's Score, and a biography of crime writer Max Allan Collins.