A Post-Apocalyptic Interview with Kurt Newton 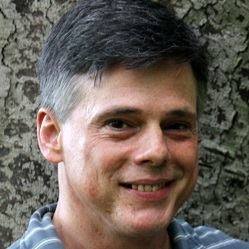 Our next anthology, Tales from the Ruins, is going to be a cataclysmic one! It will be released on the 25th of February but the Kindle version is available for pre-order today at just 99c instead of $3.99. To celebrate the imminent publication of the first Black Beacon Books anthology exclusively dedicated to post-apocalyptic fiction, we’re interviewing the contributing authors. Behold the maniacal workings of their troubled minds!

Let’s make the first question a lighthearted one...hmm...okay, got it! Is your story simply an entertaining piece of fiction or are you giving us a peek at the terrifying fate tomorrow will unleash upon us?

I remember reading Harlan Ellison's story "Along the Scenic Route" in Deathbird Stories and being blown away by the sped and action of that story. At that time, I'd never read anything like it. I was also a huge fan of the Mad Max series. I'd read Ellison's story at about the same time which, I'm sure, heavily influenced the idea behind "Chasing the White Limousine". I was also reading a lot of J.G. Ballard, so a post-apocalyptic near-future where a still-intact stretch of Interstate becomes a playground for kids seemed a natural creative playground for me to explore. If there's a statement in there somewhere, I guess it would be: if the world gives you an apocalypse, you might as well have fun with it.

What is it that makes post-apocalyptic fiction so appealing? Would the world be better off if more people read this genre?

I think the possibilities are endless. From large scale to small, intimate settings, a future where (to quote R.E.M.) "It's the end of the world as we know it" is ripe with storyline. I think reading about the future in no way prepares you for it. It's like watching a martial arts movie and then going out into the street and putting what you've just seen into action. (Editor's note: Kurt is not necessarily suggesting starting kung-fu fights in your neighbourhood...) I think the appeal is the hope in that, at least, some of us will survive, despite the odds against it.

Do you have a favourite post-apocalyptic author?

J.G. Ballard. His first four novels are about environmental collapse—The Wind from
Nowhere, The Drowned World, The Burning World and The Crystal World. Each deconstructs society until it's just the protagonist learning how to navigate an ever-changing landscape, both physically and psychologically. I highly recommend anyone who hasn't read Ballard to do so immediately.

Some people like to listen to music while reading. Which song can you imagine providing the soundtrack to your story?

That's a great question. I would have to say Ænema by Tool.

If you woke up in your story tomorrow, what would you do?

I'd probably be like my protagonist, Kid. I'd be part of a community but I'd always be looking for something more, something beyond the horizon.

There are no firearms or ammunition. You have to choose an everyday object from the home or garden as your weapon of choice—what’s in your hands?

A homemade flamethrower made from a can of WD-40 and a BIC lighter.

I've worked in industry most of my adult life (machines and I get along very well). In my eighth-grade graduation yearbook my ambition was to become Postmaster General (I collected stamps, so what better way to get dibs on all the latest cool postage, duh?). Lastly, I've never broken a bone, not for lack of trying.

In most of what I write, you'll find a journey and an emotional core that, hopefully, will carry you along that journey, which can be harrowing at times and very dark, but usually ends with a glimmer of hope.

I'm getting old, so it's time to work on my St. Peppers, my Psycho, my Dark Tower. Time to distill what I've learned in thirty years of writing and pour it into one magnum opus. It's been conceived and roughly plotted. The characters are already speaking to me, the scenes are already lining up. It will be a horror trilogy on a grand scale. That's all I can say.

Thanks for playing along. Good luck in the wastelands!