An Interview with Jason Fischer 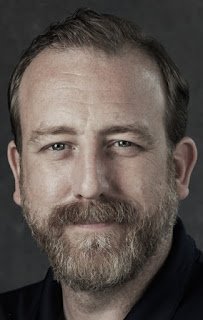 Our next edge-of-your-seat anthology, A Hint of Hitchcock, will be released in time for Halloween, and is available for Kindle pre-order today for just $1.99 instead of $3.99. While the suspense is building, we're interviewing the contributing authors so you know a little more about what makes them tick...Hi Jason, thanks for agreeing to be interviewed. Let’s get started!

Psycho. The reason is for the uniqueness of the plot and the skilful way in which Hitchcock keeps you
in suspense from the first to the last scene. For the overall body of work, it's Jimmy Stewart. However, the best single performance is by Anthony Perkins. Specifically, the parlor scene in Psycho for the subtle decisions he makes as an actor to show the depths of Norman's character.

I believe they are timeless. The emotions he evokes are universal and no other director is as gifted at
drawing you into the character's plight.

Steven Spielberg. He is the only other director who can pull you into the story and hold your attention for the entire length of the film as well as Hitchcock could.

Like most of my stories, the inspiration came rather quickly after reading the request. I was thinking about all the Alfred Hitchcock movies I’ve watched and how I was always drawn to plots that had characters isolated in a foreign place and with no typical resources to aid them.

I’m an avid cyclist. Last year, I rode the equivalent mileage from Anchorage, Alaska, to Salvador, Brazil, using the trails around my home. In my spare time, I build furniture, including my library. In that library, I have perhaps the largest private collection of Alfred Hitchcock anthologies. Writing is in my blood as the nephew of the late crime novelist, Eugene Izzi. At a very early age, he introduced me to literature, and I immediately loved it.

I’d like to take them away from their daily lives for a few minutes to experience a different world.

I’ve just completed my first book, The Haunting of Brementowne Mall and I am working on
completing my first Rex Hanning novel.