An Interview with Josh Pachter 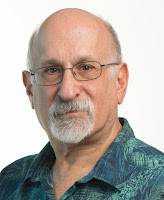 Hi Josh, thanks for agreeing to be interviewed. Let's get started!

Oh, gosh, how do you pick one favorite out of such a cornucopia of wonderful films? If I absolutely have to pick only one, I’d have to say Shadow of a Doubt, Notorious, Strangers on a Train, and North by Northwest. Why? Because they rock, that’s why! And I’m also picking two actors, each of whom he worked with multiple times: James Stewart and Cary Grant.

To my taste, yes, Hitchcock’s films are timeless. I just retired from a long career of teaching film appreciation to American community-college students, though, and for the most part their interests are limited to superheros and anime. Sad. They miss so much!

My stories usually begin with a title, and I keep a list of titles I want to use when I can come up with story ideas to fit them. “Better Not Look Down” was on the list for years—it’s the title of a song Will Jennings and Joe Sample wrote, B.B. King recorded, and I love—and eventually I integrated the lyrics of the song with my take on Hitchcock’s Vertigo and wound up with the story that’s in A Hint of Hitchcock.

(1) As noted above, I just retired from college teaching, after fifty years in the classroom.

(2) I’ve been writing professionally for even longer than I’ve been teaching: my first published short story was in Ellery Queen’s Mystery Magazine in 1968; I was sixteen when I wrote it, and I remain the second-youngest writer ever to appear in EQMM.

Every year, Crippen & Landru Publishers releases a limited-edition pamphlet containing one new short story for its subscribers. Publisher Jeffrey Marks invited me to write the 2022 story, and I’m sending my series PI Helmut Erhard—an American whose German father was incarcerated at a POW camp in Hearne, Texas, during the Second World War—north to Grapevine, the Lone Star State’s Christmas capital, where he will solve a murder on the North Pole Express.

www.joshpachter.com and on the Book of Faces.